I would like to publicize a recent communication received by a reader.

Roy Parker CIPFA BSc(Econs) has sent you a message.

I know of an R&D project in England with a new spin-box technology. The project is in the pre-production stage. When commercialised the new technology will completely destroy the labour intensive 20 metres of yarn per minute Ring spinning spindle that is used for about 90 percent of all yarns spun..

The fully automatable spin-box device has the potential to spin cotton fibres and blends with polyesater fibres into soft-handle yarms at 1,000 metres per minute – a mind-boggling 50 fold increase in productivity.

The spin-box device will initially be retrofitted into older models of the Schlafhorst fully automated Rotor spinning machines. The yarn delivery speed will therefore be restricted to a maximum of 200 metres of soft feeling yarn per minute – a massive 10 fold increase in productivity.
“Unquote”

Now and then ‘new spinning technologies’ are claimed to have been developed, breaking news style.

I am not sure what exactly Roy Parker refers to.

Fact is, this moment we are spinning safely at 450 m/min , though with man made staple fibers
on Rieter Airjet systems, with a notable difference to ringspun yarns :
Fibers are positively guided by controlled airjets.

Such high speeds are unthinkable on conventional ringspinning frames, simply because a traveler can not exceed circumference speeds of 30 + m/s.

For those familiar with ringspun yarns – you all know the special character of such yarns – main reason of why ringspun yarns are in use up till today, and with all the cumbersome pre stations of the spinning process.

What makes one even more puzzled in Roy Parker’s revelation is his claim ‘yarn delivery is finally only 200 m/min (down from original 1000 m/min quoted).

This speed which has been long surpassed by open end, airjet and friction spinning methods.

When studying all aspects of the quoted new technological breakthrough, one would assume the project to be an open end spinning process, with a spin box in use.

Such speeds (200 m/m) are already the norm in Open End spinning systems, and not only with Polyester staple.

I will invite Roy Parker to elaborate more on the claimed technology R&D breakthrough for further discussions.

This site uses Akismet to reduce spam. Learn how your comment data is processed. 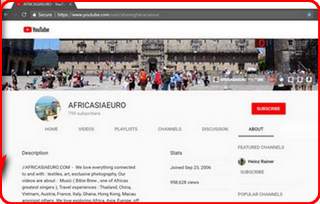